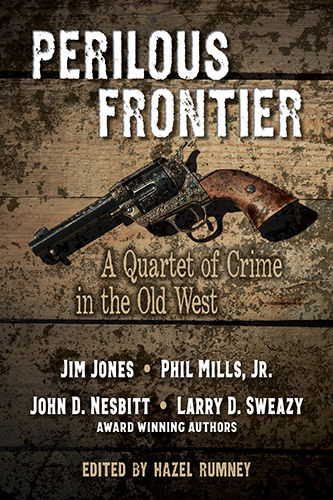 Four crime mysteries set in the Old West by a group of award-winning authors including “Cold the Bitter Heart” by Phil Mills, Jr.

A child’s personality often mirrors that of the parent. Could it be Catherine Baxter was hiding behind a façade of fake innocence? Although Jake Summers would follow a trail littered with suspects had he missed the most obvious one and in the end did he really know the truth?  In a story with more suspects and more twists and turns than the average rattlesnake, the reader must wonder why and who? This nail-biting novella is a mystery as big as the Wyoming landscape in which it’s set.

BUY FROM AUTHOR
BUY THE BOOK
Barnes and Noble

Tom CarpenterRound Up Magazine
Read More
“Here are four novellas by award-winning writers with different approaches to telling stories of mystery and deceit. “Cold the Bitter Heart” by Phil Mills, Jr. is set in Wyoming. Jake Summers gets involved in a complex story that explores how an illusion of innocence might disguise deceit.”